California defines a cyberbully as anyone who sends any online communication to deliberately frighten, embarrass, harass, or otherwise target another. 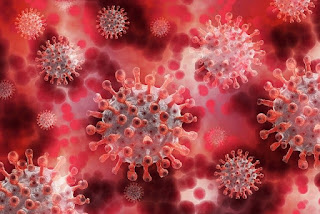 With schools closed for a year and only just reopening, memories of “classic” face-to-face schoolyard bullying may have receded in the memory of kids who had dreaded showing up at school only to see their tormentors daily.

But remote schooling with extra hours online has only opened them up further to abuse on social media and other types of cyberbullying. Combined with recent increasingly uncivil political practices and the ease with which one can remain anonymous online, many bullies feel more empowered than ever to harass children and adults of all stripes. In any case, 95% of teens are online and the great majority of them use social media, where much of cyberbullying activity occurs.

A large number of kids are bullied online:

So what? Aren’t we supposed to have freedom of expression?

While we generally assume freedom of expression in the USA, this is only guaranteed on government platforms – not private platforms, such as Twitter and Facebook. Even so, not all expression is tolerated under the moniker of Free Speech. Hate speech and fighting words, for instance, are not guaranteed forms of expression.

• Victims of cyberbullying are nearly twice as likely to take their own lives. • Those who do the bullying are also more likely to commit suicide – about 70% more likely than the general population. • Two-thirds of kids that have been harassed online have experienced mental health issues. • Two-thirds of kids say cyberbullying affects their ability to learn and to feel safe at school.

Aren’t their laws against this kind of thing?

There are now laws expressly targeting cyberbullying, but no Federal laws specifically prohibiting such behavior (although there are civil rights laws for certain groups). The great majority of cyberbullying and cyberstalking charges are add-ons to other crimes.

• Schools can discipline kids who bully at school, but until recently, their hands were largely tied when it happened after school hours. • Each state has its own laws, which can be found here and here

What can we do?

Experts say that it’s best to ignore offensive posts, comments, texts, calls, messages, etc. – that is – don’t respond. But of course, this is hard advice to take. Bullies are looking for a reaction, so it is useful to tell the cyberbullied child that by not responding, they are actually winning. And their online tormentor is fairly likely to just go away.

At the same time, it is a good idea to save copies of all these emails, messages, posts, comments, etc., in case action needs to be taken at some point. Save the evidence. Without it, there’s no proof.

If there is a sexual picture of a minor, it must be deleted or the recipient could be prosecuted for the crime of possession of child pornography. Under no means should they send it to someone else, or that could add a distribution charge. This bears repeating: Delete sexual images of minors and don’t send them to anyone.

You can report the bullying – to the school, to the social media sites where it occurred or originated, and to the ISP supplying your child’s or the tormentor’s email addresses. When reporting, include copies of the offending material – with the above exception of sexual images of minors.

If there are threats of violence or death, stalking, or encouragement to do self-harm or even suicide, report these to the police. Again, save copies of the offending material and include it with your report to law enforcement. Include everything but be succinct in your narrative to them to be taken more seriously.

Change your accounts. If there is persistent harassment or bullying, you can close the account that is being targeted and open a new one.

Remember that kids communicate with their peers through electronic devices. Taking away their means of communicating with their friends because they are being victimized punishes the victim and may encourage them to keep silent when they are being bullied. Verywell Family says that most kids don’t report bullying for fear of losing their link with the world – which has been especially true in times of quarantine.

Help your child to avoid becoming a cyberbully

Early on, as children begin to communicate online, teach netiquette, that is, accepted rules of online behavior. They are not so different from than accepted rules of in-person behavior, except that online behavior can be anonymous. It may be hard to teach civility in what we often see as politicized uncivil behavior, but of course, the best teacher is modeling the behavior you wish to see in your children.