How Metaverse Works? Secrets of Metaverse

Imagine you meet with your family members or your friends, but not really,

rather in a virtual 3D world.OneOne that is created artificially.

You enter this world while you're sitting in your room,

using a special headset or glasses. Similarly, you're working or studying or shopping,

you do almost all the things that you do in the real world,

but not in the real world, instead in this virtual, artificially created world,

using this special headset or glasses right from your room.

How does it sound?

Doesn't it sound a little depressing?

Friends, the Metaverse promises something akin to this for the future.

It is touted to be a technology

that would replace the internet in the future

and will become the future of humanity.

"Will Metaverse change the world of the internet?" 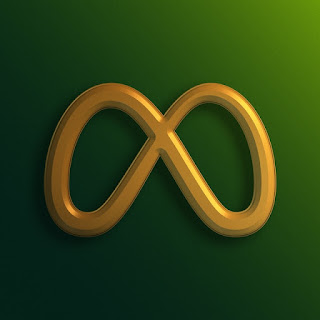 We live in this Universe

and it will be the Metaverse

that will be beyond this universe.

This word is basically used to refer to an artificial world.

The one talked about in the latest Spiderman film.

Multiverse is the concept where

there are multiple existing universes,

It is something that is even scientifically discussed.

Some people believe that

there isn't only one universe,

rather there are multiple universes,

The Internet can also be said to be a distinct universe but when you go on the Internet, it is mostly limited to 2 Dimensions only. Whether you're using your phone or your computer, these are 2-dimensional screens. But when Metaverse is talked about, or the video of the Dandi March,

rather it would be as if you're sitting in a boat nearby and actually watching the Dandi March as it is happening. Or when you watch a cricket match on the television,

it is in 2 dimensions, Additionally, Blockchains and cryptocurrencies are also mentioned,

they can't be real money, of course, because everything is digital,

so there would be a need for digital currency. This is where Cryptocurrencies come into play.

And because there's a large number of transactions constantly,

they'd need to be kept secure.

You can think of NFTs as tokens,

that exists on the blockchain,

and can prove the ownership of any digital asset.

How would you prove that you own a particular digital land in the Metaverse?

An NFT will prove it.

Nowadays, it is being used to buy or sell the ownership of memes.

NFTs can be used to verify the tickets to a concert also.

If someone holds a virtual concert in the Metaverse.

It is something that some singers have already done it.

In it, they get up on a digital stage and perform,

and you see them as animated figures

and see them perform.

It can be used there as well.

singer Arianna did this

by virtually performing in Fortnite.

Although all these technologies exist individually on a basic level,

and creating a true Metaverse will take a lot of time.

for the key features of Metaverse to become a part of the mainstream.

think about the level of power with that one person,

that would own the majority shares in the Metaverse.

It is very unethical and highly dangerous.

What is your opinion on the Metaverse?

What do you think?

Will it become popular in the future?