Overall this phone is very good

Still, I won't recommend you

Why? let me tell you

And this phone is Oneplus 9RT

Or you can say Oneplus RT

This is a T varient of Oneplus

Which Oneplus launches at year-end

but maybe you don't know

Happened before as well

And the same thing that Oneplus has tried

colorwise you get some new options

Especially the silver color is better

But black is overall better

Especially I am using it since some days

and let me tell you exactly how this phone is

Or its price will be slightly less

And 9RT will replace it

The main update it has, let me tell you

First, let's talk about the design

Obviously, the color is matching similar to Oneplus 9

But even then looking very good

You get mate finishing

Actually, it is glass

But its finishing is an inmate

Instead of Oneplus 9R L shape, the camera layout is standard

Because one lens has been removed

Which was in Oneplus 9R

The power button is in the same place

Volume buttons are also in the same place

Sim tray is in the bottom

Because of the flat display, you will get a complete flat experience from one side

The weight of the phone is also not much

Which is perfectly manageable

Let's talk about the display

what are the changes here

See there is a good thing also

First, let me tell you the specs

So the display is bright and beautiful

I believe Around 1000 nits brightness

I think It has 1300 nits brightness

The good change is that as I told you earlier

It is flat now

and in fact, If I tell you it has exactly the same display

which you see in other BBK electronics phone

Both displays are exactly the same

Punch hole in the same place

I think I haven't seen any difference

You must have seen this display before as well

but what's the downgrade is...

If we compare it with the Oneplus 9 series

The display of 9 and 9R was fluid AMOLED

Well, all are AMOLED

If you see the bottom chin

It is slightly more in this

So it will make slightly better

And except for that, a standard difference is...

If you use white background you can see it

Otherwise, generally, it is not visible

So it is noticeable at someplace

If you go in complete pride outdoor

And you twist it like this the effect will be visible

And except for this what other improvement?

I think the major improvement is in performance

Now, here Snapdragon 888 is given

It is a very good improvement

Because at the price of 9R

so change was definitely needed

The heating issue was too much

we had tested it in outdoor

and the phone was getting too much heat 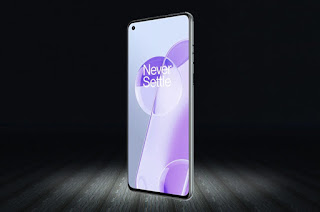 There is also a change in the design of Oneplus 9RT

Here Large vapor chamber is given

Plus the graphite sheet used here is slightly thick

and a sheet of 11 copper carbon present

Well, I used it in video recording for continue 10-12 minutes

And you can see the shot on Oneplus

which we tried recently

So I didn't find as such as major heating issue

Let's talk about the camera changes

Followed by a 2MP macro lens

And if we talk about the camera quality

So camera quality has been improved so much

And actually, the quality is very impressive

Because all the shots I have taken

in the bright light situation

Excellent details in every place

But yes as always now all companies focus on AI

So in a few shots, I felt AI sharpening

So little bit of change there

Except for this, you can take photographs in 50MP mode

one software base change is that...

'Hi Res' mode is given

through which you can take photographs of 100MP resolution as well

In the Low light, A major change has been done

Especially that's why I said the quality is very impressive

Previously you would have seen Oneplus 9R

only brightness used to increase

which most of the companies do

so much noise is visible

But here noise has been reduced

Plus the quality is also improving

and here night eagle algorithm has been used

Which can beat Oneplus 9 pro

You can get quality up to that level in low light

But one good thing in the video as well

Means you can make smooth video

You can switch in the ultra-wide mode in 4K resolution

Plus you can zoom up to a max of 10 times

which you get in premium phones like the Galaxy S series

where you can zoom 20 times

with the help of a telephoto lens

with software, you can do

so video quality has also improved

You get a 16MP front camera

You can see the video quality

Even for videos, I didn't notice much but here it is by default ON

And see how the face has become so smooth

Because the AI beautification has turned ON

Which is kind of very shame guys

Because you can make 2K videos on budget phones

Here dual speakers are given

So you have heard the output

and speakers are loud

and even on the full volume, I don't think so there is any distortion in the sound

and on the battery stuff

And you get a 65W charger

Charging speed as much as I have tested

And talking about the battery backup

Battery backup is not that much

Because I used it in slightly heavy mode

in that case, this is a complete 1-day phone

So it's kind of okay

And the screen on time was 3-4 hours

See, after the merger of Oneplus and Oppo

Which is launching with color OS

And if you go in 'about phone'

Here you can see the version given here is...

But still, it is based on Andriod 11

So technically you can say slight Hydrogen OS

Which used to run in China

Some features have changed

Otherwise, most are the same

So how it is in looks

Mostly I was getting Oneplus feeling

In Oppo ROM you know in Color OS

I am disabling permission

even then things are running

All these things, Technically it is Oxygen OS

But as you will try to explore it

You will feel like it is not that Oxygen OS

as it used to be

Slowly, this is just a start

so many things will come

, Is it worth buying

Certainly,  there are so many improvements in this device

some things have been downgraded as well

Then I think Oneplus 9 is a very better option

Moreless you will get the same stuff

The display is obviously fluid AMOLED

In the video, you get a 50MP ultra wide-angle camera

Which is very useful in some places

You can do 8K video recording

which is also good

Plus you get USB 3.1 support

Here only USB 2.O  support given

Means data transfer will be fast there

Moreless all things are the same

Same processor and all the cool stuff

So that's it guys for the latest Oneplus 9RT

thank you so much,h guys

Have a great day