This 10 Year Old Kid ? Is What’s Wrong with the World

The kid has become the parent’s side hustle and will retire at 15 with two businesses and millions of dollars.

I am disgraced to be an Aussie today.

A viral story on Twitter about a 10-year-old Australian entrepreneur is doing the rounds. It’s titled “A 10-year-old already owns 2 companies, and could retire at 15 as a multimillionaire.”
It’s the ultimate glorification of bullsh*t. Here’s what you can learn. 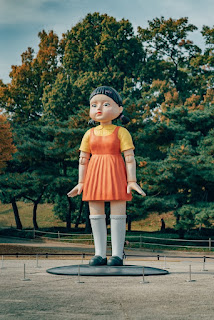 “Daddy, I’m a failure”
A friend of mine has an 8-year-old and they said this to him. He rings me all the time to ask about Youtube. His kid wants to be an influencer.
I told him I can barely operate a phone let alone a video camera. Apparently, all his kid’s friends are doing better on TikTok and Youtube than his child’s. The kid’s depressed. I’m not going to send his kid the article about Pixie Curtis, the 10-year- old entrepreneur.
I’m worried his kid will feel like even more of a failure if I do.
Dark thoughts at the tender age of 8 can’t be healthy.
The lie of the magic Pixie dust
According to Business Insider, Pixie Curtis may be the youngest person in the world to retire a millionaire at 15-years-old. Is it just me or does everyone else not see what’s morally wrong? As a kid, Pixie should be at school, having fun, enjoying her life, and making friends. Instead, she’s slaving away at a business. I’m all for the online hustle and making wifi money, but Pixie has taken it too far. To be honest, I don’t blame Pixie. I’m not fooled easily. I’ve seen these nonsense success stories before. It’s almost certainly the parents that have turned Pixie into their side hustle. A 10-year-old doesn’t know about business, tax, accepting credit cards, or procuring suppliers — nor should they.

It took 5 seconds to dispel the myth

I didn’t even have to fire up google. In the first sentence of the story on Pixie, it became obvious what’s happened. One of her parents owns a PR firm called Sweaty Betty. The article is part of a plague of fake PR designed to make their kid look like a business genius. The stunt would have worked if this was the pre-internet era. The truth is, we’ve seen enough of these fake overnight influencers already. Does anyone remember Dan Bilzerian? He started the era of fake lifestyle and the made-up success movement. Pixie’s parents are a decade too late.

Who cares how many companies you have?

Pixie has two. Except she’s not legally old enough to own them. Several businesses, amount of revenue, retirement age — it’s all nonsense. The real question should be is Pixie happy? Or is her innocent childhood being ruined by a fake capitalist nightmare fuelled by Instagram? The fact kids want to be influencers is what’s wrong with the world.

Plenty of trust fund babies retires when they’re born. That doesn’t make them geniuses. I went to school with many of them. YouAre you ready for the truth? If kids never have to worry about money because of their parent’s wealth or PR influence, they end up doing dumb stuff. In the case of my trust fund friends, they became bigger coke addicts than Dan Bilzerian on a yacht full of hired guy/gal models in thongs. Kids don’t need to retire at 10. They need to learn about money the hard way. They need to appreciate the value of money, not have it all given to them on a silver spoon. A lack of appreciation equals a huge adult ego and zero gratitude for others. That’s how the walk-over-dead-bodies mindset develops at a young age.

This is where burnout culture starts

If kids are starting to believe they should retire at 15 with two businesses, millions of followers, and millions of dollars, what will happen? I suspect like my friend’s 8-year-old kid, they’ll burn out trying to live up to unrealistic expectations they consume from Youtube and TikTok. Someone needs to show them that most people aren’t wildly successful. And that’s fine. Someone needs to tell them to have a good time and party hard in the sandpit. If we thought burnout was bad for millennials, wait until the 10-year-olds that become obsessed with Pixie grow up.

It all boils down to this

If every kid’s going to become an influencer with a selfie stick in their face 24/7 and retire at 15 years old, who’s going to build the real world? We can’t build a society on an entire population of fake influencers. The influencer movement needs to die. Kids need to be told to chase real dreams and tell the truth.
Also read - BGMI/PUBG Mobile v1.8, 60 fps (Extreme), 90 fps Config File Download