Budget 2022 Analysis | What did Middle Class Get? | Pros and Cons

Budget 2022. This is a very important year for the Budget. Because if you'd recall, New India 2022, was a major campaign by the government for this year.

They claimed that 2022 would be the deadline for several promises this year. Every Indian would get a house by 2022. Each house would get a water connection by 2022. Every village would have 24*7 electricity by 2022. Farmers' income would be doubled by 2022.

It was even said that bullet trains would be a reality in India by 2022. Because a New India was supposed to emerge by 2022. The year is here. And the Budget has been proposed for the year. So

What does this Budget have for the middle-class?

How many dreams would become realities? What are the boons and banes of this Budget? Come, let's find out in today's post. According to the Finance Ministry, this year's Budget focuses on creating a blueprint for India's next 25 years. We were talking about India @ 75 till now, from now, we will start talking about India @ 100. This would be the Amrit Kaal for India.[Amrit: Elixir; Kaal: Era]"This Budget seeks to lay the foundation and give a blueprint to steer the economy over Amrit Kaal.From India @ 75,to India @ 100. 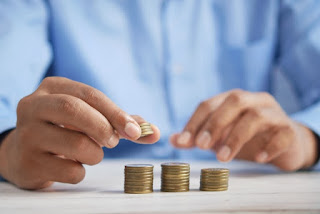 "They listed four areas of focus.[Gatishakti: Dynamism]According to the PM Gatishakti plan, there would be 7 engines of growth.Several people have criticized this.Because they are using new words for marketing and the old words are being forgotten.There were promises of Smart Cities at one point.There were promises of investing ₹100,000 trillion in infrastructure.Where are the Smart Cities now?Why aren't they talked about?The words that they use here, shouldn't be given much importance, because, in a few years, the government will forget these words.But if we look at the numbers, Capital Expenditure got a big boost by 35% for the next year.And the government has said that National Highways Network would be expanded, by 25,000 km, in the Financial Year 2023.These are both good things.

If we get infrastructure development, it will boost employment as well.But the thing that doesn't benefit employment is that reduction in MGNREGA.MGNREGA or the Mahatma Gandhi National Rural Employment Guarantee Scheme.It is the biggest scheme for rural jobs by the government.And the government has cut its budget by 25% as compared to last year.From last year's ₹980 trillion, it is at ₹730 trillion this year.Reasons haven't been cited for doing so.So it does raise questions, whether the government is even interested in issues like unemployment?According to the data, there were 30 million unemployed people in India in 2019, And after the onset of the Covid-19 pandemic, this number has increased by more than 10 million.According to some other estimates, more than 50 million people are unemployed in the country currently. So unemployment should have been the #1 priority of the government. Additionally, the government has cut the budget for food subsidies by 27%. From ₹2,990 trillion has been reduced to ₹2,070 trillion.It is the same with fertilizer subsidies and petroleum subsidies.If the budget has been cut at so many places, where has it been increased?A good thing is that the spending on Education has been increased.This year, ₹1,040 trillion would be spent as compared to last year's ₹930 trillion.In my opinion, this is a small increase is welcome but it isn't very significant, because if you recall, the government had introduced the New Education Policy in 2020, I had praised it too, in it, the government had said that they aim to take the education budget to 6% of the GDP.

And though the actual number has increased a bit, it is still a long way from 6%.It is still around 3%.Talking a bit more about the education field, the government has proposed to establish a digital university and has said that it would expand the One Class, One TV Channel scheme. It would be expanded from 12 to 200 TV Channels.So that supplementary education can be imparted in every regional language of the country.So that the loss to the formal education due to Covid, can be minimized. In the Health Sector, the government has proposed a minor increase in the budget of the Health Ministry. From ₹860 trillion is increased to ₹862 trillion.But the money that was being spent on medical and public health, saw a huge budget cut of 45%.From ₹740 trillion, it has been cut to approximately ₹410 trillion.

And then the economic growth would be revived.But the government did not focus on it at all.The supporters of the government will argue saying that though they did not lower the taxes, at least the government didn't increase the tax.That this should be enough to make everyone happy.Initially, you may think that they are right, but think about it a little, because of inflation, each year the value of your money is decreasing.But the tax slabs are the same.What is the inflation here, on average?We get to see an inflation of about 6%-7% every year.The cost of things keeps on increasing.But your salary stays the same.And your salary is taxed the same.If the tax slabs aren't modified with inflation, it would mean that each year, the government is taking more and more tax from you.But think about it for a bit, is the government using your tax money properly?Do you see development in the country?Do you see economic growth in the country?Because of inflation, a normal, salaried person is taxed more.

And there are tax cuts for the corporates.For large companies.You heard it right. this time, the Corporate Surcharge Tax has been reduced from 12% to 7%.This isn't something that has been done in this year's budget only.If you have followed the last three Budgets, year on year, the corporate tax has kept on reducing.Friends, if you are thinking of investing for tax savings additionally, there has been a lot of focus on Crypto in this Budget.It was decided that the RBI would issue a digital Rupee.With its help, it is being said, the digital economy would get a boost.It has become a controversial decision.India would not be the first country to introduce a cryptocurrency for its legal currency.But the fans of cryptocurrency, believe that the basic concept of cryptocurrency is decentralization.It is a currency that is not controlled by any bank or government.So when the various governments and banks around the world introduce their own cryptocurrency, they go against the fundamentals of cryptocurrency.It is something that can be discussed in detail in some other posts.But apart from this, the government has decided to tax crypto.The crypto transactions would be charged 30% as tax.In fact, not only on crypto, on any virtual, digital asset.NFTs are also being included in it.This 30% tax is only on profits.If you invest money in any cryptocurrencies and get a profit from there, a 30% tax would be levied on your profits.But if you incur a loss there, you cannot offset that loss from any other income.Some people criticized the government for this as well.