Yash’s KGF: Chapter 2 trailer to come out on March 27

Chapter 2 stars are Yash, Sanjay Dutt, Raveena Tandon, Srinidhi Shetty, and Prakash Raj.
The trailer for the much-anticipated movie KGF: Chapter 2 is set to drop on March 27.
Hombale Films, the producers of the Yash-starrer, took to social media and announced the trailer release date with a new poster. “There is always a thunder before the storm. #KGFChapter2 Trailer on March 27th at 6:40 pm,” they wrote. it is now estimated that kgf chapter 2 will realease on 14 April 2022, on this website as well as in cinema too. 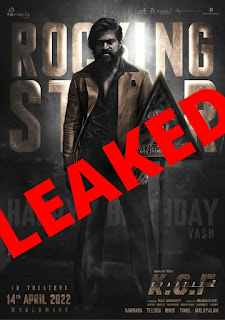 Rocky, a young man, seeks power and wealth in order to fulfil a promise to his dying mother. His quest takes him to Mumbai, where he gets involved with the notorious gold mafia.

Directed by Prashanth Neel, the sequel to KGF: Chapter 1 follows the story of Rocky (Yash) as he rises from poverty to become a don who rules over a gold mine. The movie also stars Sanjay Dutt as the antagonist Adheera. Raveena Tandon will be seen in a pivotal role.
The movie also stars Prakash Raj, Malavika Avinash, and Srinidhi Shetty. The project has music by Ravi Basrur and cinematography by Bhuvan Gowda.
KGF: Chapter 2 will release on April 14 in Telugu, Kannada, Tamil, Malayalam, and Hindi.
Read More ...