10 Things You Should Know About Sunrisers Hyderabad Team IPL

With IPL 2020 right around the corner, we know you're already going through the IPL schedule and cannot get enough of all the IPL news and tidbits. Of course, we're all about Sunrisers Hyderabad, and why not? They're worth our love.

Sunrisers Hyderabad was founded in 2012 after the Hyderabad-based Deccan Chargers team was terminated from the IPL. Since it's owned by the Sun TV network, it was named Sunrisers Hyderabad. If you're a die-hard cricket fan, we're sure you know these facts about our beloved home team. But if you don't, here are 10 things ever Sunrisers Hyderabad's fan should know. 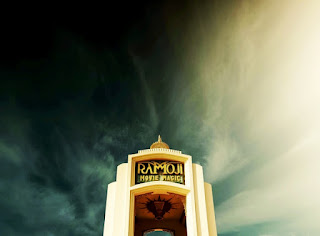 It's IPL Time! 10 Things You Should Know About Sunrisers Hyderabad

1. Sunrisers Hyderabad has made its first appearance in 2013 as underdogs; went into the tournament and finished in 4th position.

2. In 2019, with Warner back in the team and Bhuvneshwar Kumar leading the side we look forward to seeing them bring back the title. Go Orange Army!

3. In 2016, came the moment when we defeated Royal Challengers Bangalore to lift our first maiden trophy. David Warner (Australian player) was the backbone of the team in leading the team to victory.

4. This was the second victory for a Hyderabad-based team in IPL and both the victories were against Royal Challengers Bangalore.

5. Our team song 'Orange Army' is one of the most-viewed songs among the others. Are you humming it already?

6. In 2017, our journey ended in the semifinals but our players Bhuvneshwar Kumar and David Warner secured Purple Cap (26 Wickets) and Orange cap (641 Runs) respectively.

7. In 2018, David Warner was replaced by Kane Williamson as the captain of the team as the former was involved in a ball-tampering issue with his Australian team.

9. Our captain Kane Williamson was at his very best throughout the tournament and ended up as the winner of Orange cap (735 Runs). He was also the first New Zealand player to achieve this feat.

10. The team barely has any haters and it's the only team where even locals don't cheer as hard as they should. So, they've entered every tournament as underdogs (almost).

The Sunrisers Hyderabad a.k.a. SRH is a franchise cricket team based in Hyderabad, which participates in the Indian Premier League. Sunrisers Hyderabad was founded in 2012 and they replaced the Deccan Chargers in IPL. The team has Rajiv Gandhi International Cricket Stadium, in Hyderabad for its home ground which has a capacity of 55,000.

Sunrisers Hyderabad team 2021 will be led by David Warner, who is their only captain to win a title in Orange. SRH has been once on the IPL winners list so far, when they defeated the prime contender of that season, RCB in the finals of IPL 2016. The Sunrisers Hyderabad franchise is owned by Kalanithi Maran of the Sun TV Network. The IPL team is currently coached by Trevor Bayliss.