On top of what we know is coming to the game, there are many more changes we could see implemented. You know, the more boring stuff like bug fixes and such.

Most of these changes have been listed on the game’s official Community Trello Board, some as ‘fixed in next game update’ others as simply ‘in development’.

But whilst the below does give a good bit of insight into some of the fixes we could see, they’re not guaranteed, so set your expectations accordingly. 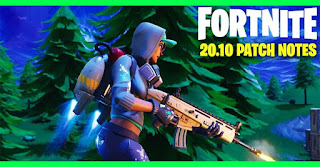 Read More : How to Play Fortnite Battle Royale and its Basic