The New BGMI Emilia's character, as well as the awards in BGMI C2S6 – The revised C2S5, which is now available in the game, includes a slew of new prizes, features, and collaboration opportunities. We've also released the C2S6 rank tier prizes. So remain tuned to this website for additional details. Emilia, a brand-new female character, is said to have been published in the beta version. It is also expected that the character voucher event, in which players may obtain a sufficient quantity of character vouchers for free, would be re-released.

Emilia is from the English county of Kent. Her parents are also materials scientists. She focused in materials science and devised a catalyst that could rapidly solidify liquids. During a fire, she found by accident that the catalyst could solidify much more effectively when coupled with firefighting foam. She quickly recognised the importance of this technology in actual conflict. Emilia travelled to an unknown place to compete in a local battle royale competition, seeking to develop her technology via actual fighting. She never anticipated to get involved in a fight of this magnitude. 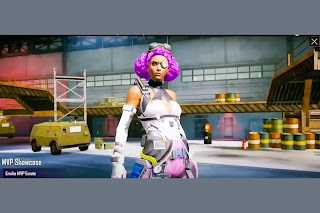 HOW TO GET EMILIA CHARACTER FOR FREE IN BGMI/PUBG MOBILE?

Players enjoy the game's new character Emilia. To acquire Emilia Character for free in bgmi, simply follow the steps outlined below.
Step 1: From the main screen, open the game and go to the ‘Workshop’ area.
Step 2: Look for the ‘Character’ option, which will allow players to see all of the possible characters in the game.
Step 3: To switch between the characters, click ‘Switch Characters.’
Step 4: Choose the character you want to buy and click the buy button.
Step 5: Players can pay UCs to acquire these characters. Character vouchers, on the other hand, can help them save money.

HOW TO GET CHARACTER VOUCHERS FOR FREE IN BGMI/PUBG MOBILE?

Participating in various events allows you to acquire character coupons for free. When a new character is launched, BGMI hosts several events to give away character vouchers. Certain tasks must be met, and successful players are rewarded with character coupons.

NOTE: There is no such thing as BGMI Character Voucher config. So, don’t get scammed!{codeBox}

According to the BGMI character's applicable format, the Emilia character is expected to cost 600 UC. After Anna, Emilia is the new incoming character in BGMI. So, if they actually want to claim the character if it does not arrive for free, they must start accumulating UC. The rewards and the levels required to achieve them are as follows:
(LEVEL:1) Emilia.
(LEVEL:2) Emilia’s voice pack.
(LEVEL:3) Voucher card with 50x character multiplier.
(LEVEL:4) 10x Character Shard card
(LEVEL:5) Emote at level 5 that is epic or legendary.
(LEVEL:6) Emilia’s voice pack.
(LEVEL:7) 100x Character Voucher Card.
(LEVEL:8) 20x character Shard card at level 8.
(LEVEL:9) Emilia’s voice pack (level 9)
(LEVEL:10) Emilia MVP Emote (Level 10) 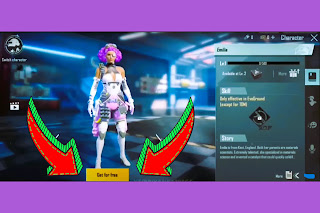 NOTE: In C2S6, a teddy bear pet with emotes and clothes is expected.{codebox}

The most popular battle royale games right now are Battlegrounds Mobile India (BGMI) and PUBG Mobile, both created by Krafton. The realistic gameplay, stunning aesthetics, and other components of the game have drawn a great number of players.
To make the game more profitable, developers often add new skins, cosmetics, and characters. In the most recent update, Krafton introduced a new character, Emilia. This page contains a step-by-step guide to unlocking Emilia character and free Character vouchers in BGMI and PUBG Mobile, as well as the pubg character voucher event date 2022.

Because BGMI players enjoy collecting new objects in the game, the release of new features, items, and other material keeps them interested and increases the game's buzz. And the game is deserving of its enormous popularity.
C2S5 players have been treated to a plethora of fascinating events this year, all of which have allowed them to earn a variety of in-game rewards. In addition, starting tomorrow, the among-us partnership will be available in the game, along with a plethora of new events and modes.
READ MORE: Core Circle Game mode