BGMI will be banned in india or not? Truth or a Rumours News

Battlegrounds Mobile India (BGMI, formerly PUBG Mobile India) is the Indian version of PUBG Mobile game, designed specifically for Indian gamers. Krafton has created and marketed an online multiplayer battle royale game. The game was published for Android smartphones on July 2, 2021, and for iOS devices on August 18, 2021. BGMI had over 50 million downloads on Google Play as of August 2021.
Players begin each match by parachuting from an aircraft onto one of the six maps below:

Will BGMI be banned in India or not? Truth or a Rumours news.

Mobile Battlegrounds PlayerUnknown's Battlegrounds Mobile (PUBG Mobile) is one of the most popular battle royale smartphone games in India. The game has been reintroduced in India after being banned in the nation, along with numerous other Chinese games and services, due to its connection with Tencent, which is owned by Alibaba. Read the article to find out if BGMI should be banned in India. Is it true or false news?

What is PRAHAR Organisation ?

Since 2014, the 'PRAHAR' is a non-governmental organisation with special consultative status with the United Nations Economic and Social Council, as well as a State Awardee organisation of Nagaon with a Non-Political, Non-Communal, and Social character, duly registered under the Societies Registration Act XXI of 1860.
PRAHAR is a non-profit organisation based in Assam that aims to provide basic education to children and families in rural and tea-tribal areas. As of right now, it's unclear why the organisation is invoking a ban on PUBG/BGMI, especially since the game has made a comeback and claims to currently meet with all of the Government of India's regulations, according to numerous sources.

Because of national security concerns, PRAHAR, a non-profit group, has campaigned for a ban on the PUBG/BGMI app. The NGO wrote to the Ministry of Electronics and Information Technology (MeiTY), requesting that the app be banned under Section 69A of the Information Technology Act, "In the interest of India's sovereignty and integrity... and to prevent millions of unsuspecting players from falling victim to the Chinese trap." 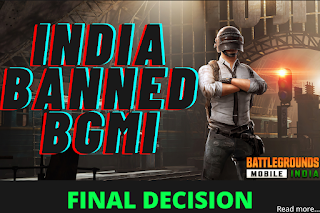 Despite the fact that some have called for the game to be banned, the numbers are not alarming. Fans will be glad to learn that neither the Indian government nor the game's designer have hinted that Battlegrounds Mobile India would be banned anytime soon, at least for now.
MEITY also responded sternly to Anil Stevenson Jangam, a lawyer who filed a plea in the Telangana High Court to suspend BGMI's operations.
According to current indicators, PUBG/BGMI will not be banned in India since the game is likely to comply with the country's digital legislation and user data is purportedly held in data centres.

Is PUBG going to be banned?

At all times, Krafton is committed to the progress of the world-renowned Battle Royale franchise. Only Indian players get access to BGMI, a smartphone game created specifically for them. Some are generating a major problem for players in the game, resulting in a terrible gaming experience. To prevent those from entering Battlegrounds Mobile India, Krafton installed a device ban mechanism earlier this month. Users who have been prohibited from using a device in the past will be unable to play games on that device in the future.
Although Fortnite and Battle Royale are no longer available in India, other games such as COD: Mobile offer battle royale-style gameplay. Despite the fact that there are alternatives, there are a few gamers who have been playing PUBG for years and do not want their in-game progress to be lost.
It's worth noting that PUBG: New State, Krafton's next-generation game, has considerably better aesthetics and offers a greater variety of features than BGMI. In contrast to PUBG: New State, which can be played on even the most basic of smartphones, BGMI is a graphics-intensive game that requires a decent smartphone to play successfully.

Hyunil Sohn has been hired by Krafton and PUBG India to represent and defend the company in any legal proceedings launched by or against it in India. If PUBG and the BMI are two entirely independent organisations, why is Krafton, the so-called publisher of the 'BGMI,' allowing Hyunil Sohn of PUBG India to represent the firm? PRAHAR addressed his feelings in a letter to MeiTY.
"Is Hyunil Sohn a PUBG or BGMI spokesman, or does he represent both?"
"In reality, he is a representative of Tencent, a Chinese technology company, in the nation," it was said. "Furthermore, there is no such entity as Krafton India, according to the information available with the MCA." According to the MCA records, the only Krafton in India is a paper production firm with no connection to the South Korean corporation Krafton.” According to PRAHAR, “Krafton is nothing more than a puppet controlled by Tencent, with all levers controlled by Tencent.”

"In the 'so-called new avatar,' BGMI-PUBG is no different from the erstwhile PUBG with Tencent still controlling it in the background."

"Until further notice, BGMI will not be banned."
A petition was filed in the Telangana High Court a few days ago by Hyderabad-based lawyer Anil Stevenson Jangam, seeking that the battle royale title be banned.
According to IANS, the PIL claimed: N. Samaya Balan, a representative of MEITY (Ministry of Electronics and Information Technology), declared in an affidavit that PUBG Mobile and Battlegrounds Mobile India are not the identical applications, as previously reported by New Indian Express. It went on to say that only the government has the authority to limit computer resources.
Read More : OFFICIAL BGMI CONFIG DOWNLOAD
BMPS Finals Top Fragger List in BGMI