synopsis: Garena Free Fire Max which has recently gained popularity launched an update- Free Fire Max OB34. The game requires 50 players to play 10-minute rounds. The game that was released last year has gained a lot of success with its high-resolution graphics version free fire had almost collected 500 Millions downloads within some years.

Which has recently gained popularity launched an update- Free Fire Max OB34. The game requires 50 players to play 10-minute rounds. The game that was released last year has gained a lot of success with its high-resolution graphics version free fire had almost collected 500 Millions downloads within some years.
However, the game was inaccessible in India earlier with the government banning various games and apps. But now, this is a piece of good news for multiplayer battle royale fans as the game is now available on app stores. Developed by 111 Dots Studio, it was earlier decided by them to not disclose its launch but now Garena is available and launched with a better version. 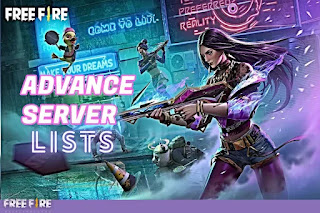 Some of the new changes in the updated version :

It has almost all the latest features of the previous advanced server. But some of the notable changes include:
• Characters have changed a bit in the new version. A new Kenta character is definitely one to look out for.
• Developers have introduced several new modes.
• Some of the weapons have been tweaked.
• Several little background details have also been updated in the OB34 version.
• Players cannot have access to the Clash Squad rank matches after the installation of the new update. Season 12 ends today. The 13th season of Clash Squad will hopefully commence on the 26th of May.
• Gamers who have accomplished the gold rank in Clash Squad can now unlock a free golden M14 skin.
• A new mode - Bomb squad - is going to be launched on the 11th of June. The newest 5 v 5 modes can be played only on this Bomb Squad.
• Some of the new sophisticated systems like the link system will allow the players access to many new characters by completing some of the easy tasks in the game. 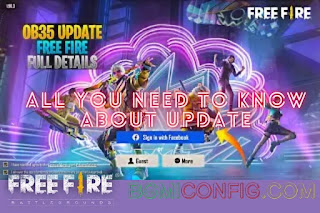 Downloading the newest update of Free Fire Max is easy on Androids. You can directly open the game and find the “Update” option in the bottom left corner of the screen. When you do this, it will automatically take you to the Play Store download webpage and you can start downloading the update for free as well as you can download from different sites such as uptodown.
For legit way to download You should go to the Play Store directly and search for Free Fire Max. If you are already a Free Fire fan, the game will be installed. An update option will be available to you.
If you are having any trouble accessing the Play Store, players can go to the official website known as Garena Free Fire Max and download the current update.

To download the APK File of advance server, Garena FF Open the registration window where any player across the world can do free registration through Facebook and become eligible to be a part of the Free fire team and unlock the various exclusive rewards for free. You can only do the registration from the official website of FF Redemption Garena Site i.e ff-advance.ff.garena.com. Below we are going to share all step by step instructions that you can follow to do registration as well as we mentioned all processes to download APK + OBB File and direct links to download APK File. If you read this page carefully then you will guarantee able to use the Free fire Advance server for free with VPN and Without VPN

This is relatively more complex for iOS as the Google Play Store still has the Free Fire Max version while it has been wiped off from the App Store. This means that Free Fire Max OB34 is inaccessible for iOS users to install or download at all.
What you can do is visit the Garena Free Fire official website to download the latest version of the game’s APK. However, iOS does not allow its users to install anything from a third-party source. You can adjust the settings according to your need if you want the APK version in the settings. As Per Garena, the good news for iOS users is that Free Fire Max might eventually return to the App Store. So, you might wanna wait in anticipation and install the newest version as soon as it is accessible on the App Store again.
Read More: Jack FF Headshot Config File Download (FF / FF Max)