Police raids a PUBG Mobile tournament taking place on LAN in Bangladesh to arrest 108 people including players and organizers.

Over 100 PUBG Mobile app users were arrested in Bangladesh for hosting and participating in an unauthorised game competition.

According to a report from orgo News, Bangladeshi authorities detained more than 100 persons during a raid of a PUBG Mobile LAN event that was planned and held against the country's prohibition on the game.
The majority of those detained at the event were alleged to have either participated in or organised it; they were students. A total of 78 players are awaiting age verification, while 24 players have already received sentences of two days in jail. If any of those 78 are found to be 18 or older, they will receive similar prison sentences. 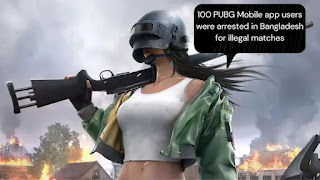 In August 2021, Bangladesh banned PUBG Mobile and another mobile shooter called Free Fire. The courts used the games' "addictive" nature as basis for the prohibition. After receiving a plea to do so from Supreme Court attorneys who cited antiquated claims that video games cause teenagers to become more violent and immoral, the High Court of Bangladesh imposed the ban. The original duration of the prohibition was three months, but it seems to have been prolonged indefinitely. Several additional nations in the Middle East and South Asia have imposed similar bans on PUBG Mobile.
While the ban on the game itself is certainly suspect, it’s puzzling that people organized a LAN competition for the game at a public community centre and invited players, to compete in a game that is forbidden in Bangladesh, a sizable portion of them appear to be children. After learning that the LAN was taking place, police allegedly conducted a raid at the gathering. Orgo also reported that several players came from different regions of Bangladesh for the tournament.
In the end, it appears that the competition endangered a number of children and will land many in jail for at least a few days.