In India, National Sports Day is celebrated on 29 August, on the birthday of a legendary hockey player, an inspiration, and a legend in hockey history. His name is Major Dhyan Chand.
Dhyan Chand had played a key role in India's three consecutive Olympic triumphs in 1928, 1932 and 1936. Often referred to as ‘The Wizard’ for his incredible hockey skills, he scored over 400 goals in his career that lasted from 1926 to 1948. 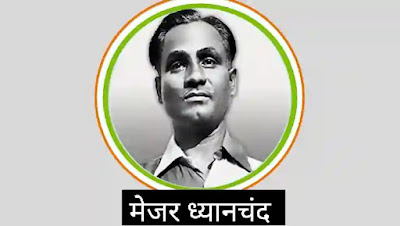 Dhyan Chand's performance in the 1936 Berlin Olympic final is considered as one of his best. He was the top scorer in the game with 3 goals and India went on to easily defeat Germany 8-1.
He was awarded India's third highest civilian honour of Padma Bhushan in 1956. 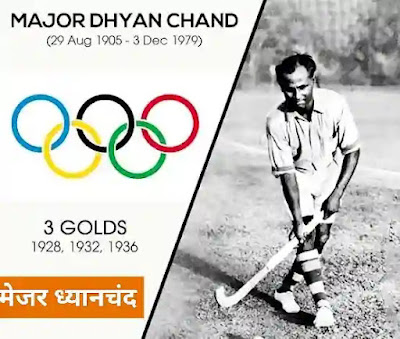 The legend was originally named Dhyan Singh and, according to reports, he received the nickname 'Chand' as he used to practise all night in the moonlight.
National Sports Day is celebrated extensively at the national level. It is organized every year in the Rashtrapati Bhavan and the President of India presents National Sports Awards to the outstanding players of the country.
Dyan Chand award are also given on this day
Dhyan Chand died on December 3, 1979, in Delhi after going into a coma.