On September 15 of each year, people all over the world observe the International Day of Democracy. It was created as a result of a 2007 UN General Assembly resolution that urged states to develop and consolidate democracy.
It was in September 1997 when the  Inter-Parliamentary Union (IPU) adopted a Universal Declaration on Democracy. The  Declaration affirms the principles of democracy, the elements and exercise of democratic government, and the international scope of democracy. 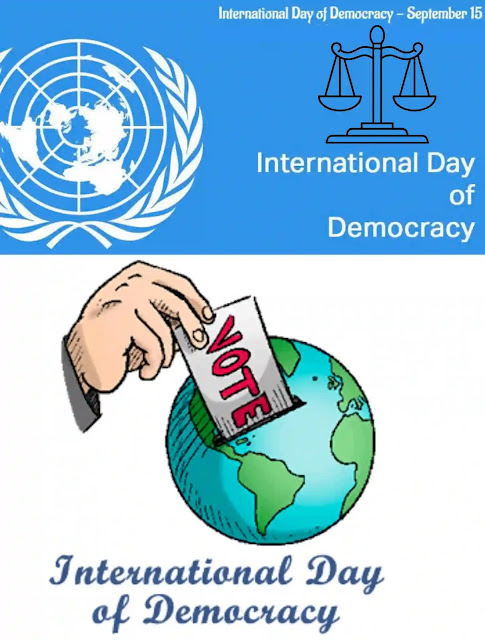 The international conferences held on  the new and restored democracies (ICNRD process) began in 1988 under the initiative of President Corazon C.Aquino took office in the Philippines after the 20-year dictatorship of Ferdinand Marcos was overthrown in a supposedly peaceful "People Power Revolution.” Initially an inter-governmental forum, the ICNRD process developed into a tripartite structure with participation of governments, parliaments and civil society. The sixth conference (ICNRD-6)  took place in Doha, Qatar, in 2006 reinforced the tripartite nature of the process and concluded with a declaration and Plan of Action which strengthens the fundamental principles and values of democracy.

Following up on the outcome of ICNRD-6, an advisory board set up by the chair of the process, Qatar,it was decided to promote an International Day of Democracy. The UN member states were consulted as Qatar took the lead in formulating the text of a resolution for the UN General Assembly. At the suggestion of the IPU, on 15 September (date of the Universal Declaration on Democracy) was chosen as the day when the international community would celebrate each year the International Day of Democracy. The resolution, titled "Support by the United Nations system of efforts of Governments to promote and consolidate new or restored democracies,"that was adopted by consensus on 8 November 2007. 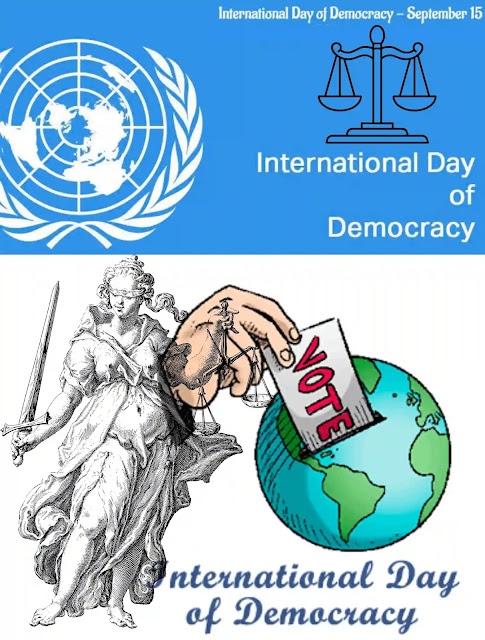 Theme of International Democracy Day
The theme for International Day of Democracy 2022 is "The Importance of media freedom to Democracy, peace, and delivering on the Sustainable Development Goals".
Read More: Navratri festival